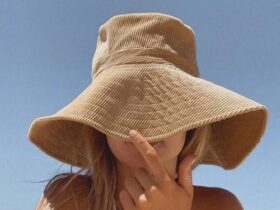 Accidental Sunburns Are the Worst, But Here’s What to Do

Is sleep quality that important? Or physical activity? How about a balanced diet?

According to a new study, sleep quality is one of the most significant factors in reaching good mental health. Also, exercising and following a balanced diet is what our bodies need.

A Needed Set of Behaviours: What Should You Know

Previous studies indicated that disrupted sleep leads to poor mental health, including severe or low mood disorders and depression. Also, not following a balanced diet and the lack of physical activity are also dangerous.

A recent study, however, aims to change our knowledge about that set of behaviours.

“Sleep, physical activity, and a healthy diet can be thought of as three pillars of health…,” said Shay-Ruby Wickham, the lead author.

Researchers surveyed more than 1,100 people aged between 18 and 25 years old from the US and New Zealand. Their goal was to compare the most known health factors (sleep, diet, and exercise) impacting mental health.Â

The survey included questions about people’s mood, diet, wellbeing, sleeping habits, and exercise. To indicate the sleep quality, the participants were asked to track how they usually felt after waking up every morning.

The study participants represented a mixed bunch. Some of them were vegetarians, while others were taking anti-depressants for actual health conditions. Less than one third was male.

People who slept approximately 10 hours/night had fewer depressive symptoms. Also, too much sleep or not enough indicated more symptoms of depression.Â

The Most Important Predictor of Mental Health

The researchers released a statement, explaining:

“[…] future lifestyle interventions targeting sleep quality may be most beneficial at improving mental health and wellbeing.”

As a piece of advice, researchers suggest that young adults should get a better sleep schedule, but also follow a balanced diet and exercise regularly.

The recent study was realized by a team of researchers at the University of Otago in New Zealand and was published in Frontiers in Psychology.