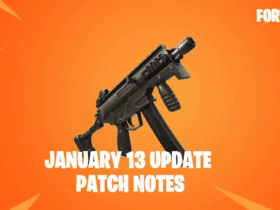 The new Dragon Ball featured movie that just came out a few days ago in Japan, known as ‘Dragon Ball Super: Super Hero,’ is already surpassing expectations when it comes to the amount of attention it gets. The plot brings something totally different than before, with Goku and Vegeta getting completely out of the spotlight. Maybe that was the winning ticket!

Many fans believe that Toei is bitting more than it can chew by leaving Goku and Vegeta aside in the new film. Instead, it was up to Gohan and Piccolo to try to save the day from the powerful new androids created by the Red Ribbon Army. But also, the writers of the plot didn’t put all their eggs into one basket, as Gohan’s comeback under the spotlight wasn’t the only bright element of the show. A long-forgotten villain has also been brought back: Cell. We anticipated even before the movie’s launch that Cell is coming back.

Over 1 billion yen at the box office

According to comicbook.com, the new Dragon Ball Super: Super Hero movie reached 1.08 billion yen (aka about $8 million) only a few days after its release.

North American theaters will start showcasing the new Dragon Ball movie on August 19, while we’re hoping to find out soon about other international release dates as well.

The novelization of the new movie has already begun, and you can check out the first images for it here! However, we’re warning you that there will be some spoilers!

‘Dragon Ball Super: Super Hero’ introduced an entirely new style of animation for the Dragon Ball universe, which is known as CGI animation. However, those who are nostalgic about the older Dragon Ball animation style can also check out some samples here!

While perhaps the entire Dragon Ball community is still waiting for a second season of the Dragon Ball Super anime, there’s no clue at this point when it could start!