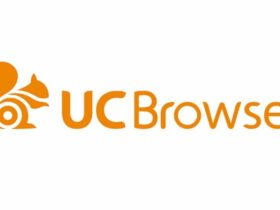 Gran Turismo 7, the racing game developed by Polyphony Digital and published by Sony, is just a few months old. Despite coming out in March 2022, Gran Turismo 7 is already expecting an important update that will bring some nice sets of wheels to the game.

The big news comes from the game producer himself, Mr. Kazunori Yamauchi, who made the announcement through a tweet. He also shared an image of three cars that are barely visible. This is a clear tease that Gran Turismo 7 is getting three new cars for the next update.

Thanks to GTPlanet, we have a pretty good idea about the identity of the new cars in question, except for one. The car positioned on top is Suzuki Escudo Pikes Peak, one that’s remarkable for its high speed. The second car, according to the source, must be a new Gr.3 version for the Suzuki Vision Gran Turismo. As for the third car, although the publication can’t give a definitive answer, it’s guessing that a convertible version for the 1932 Ford or the Deuce Roadster is the car in question.

Surely the developers from Polyphony Digital could boast about a lot of stuff when it comes to Gran Turismo 7. Maybe the fans could complain about a thing or two regarding the game, but they certainly cannot say a negative word about the amazing graphics and landscapes present there!

Here’s how the trailer’s description sounds via the WildGamerSK YouTube channel:

Gran Turismo 7 builds on 22 years of experience to bring you the best features from the history of the franchise. Whether you’re a competitive racer, collector, fine-tuning builder, livery designer, photographer or arcade fan—ignite your personal passion for cars with features inspired by the past, present and future of Gran Turismo. The game is being developed by Polyphony Digital and published by Sony.

Gran Turismo 7 can also represent a way to break the ice between people, as we’re also talking about a multiplayer game!