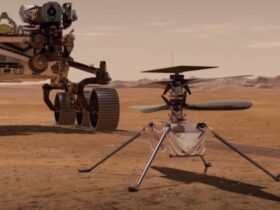 Ingenuity’s Third Flight is Incredibly Breathtaking – Check Out the Video

Dragon Ball Super: Super Hero comes out today, June 11, and the internet is already flooded with spoilers from those who have already seen the film. Therefore, if you don’t want to be spoiled, back down now, or remain silent forever!

Dragon Ball Super: Super Hero sees Gohan unlocking a new transformation, and people have already started confusing it with the Ultra Instinct technique of his father. But it’s actually something entirely different from what Goku uses. Gohan is using the new technique against Cell. The evil android makes his come back in the new movie as we announced a week ago.

Are you ready for Final Gohan?

If you’re ready for Final Gohan, well, Cell wasn’t. That’s the name of Gohan’s new transformation in the Dragon Ball Super: Super Hero movie, and it’s clearly something different from what we’ve ever seen before in Dragon Ball. Gohan’s eyes become red, his hair turns white and becomes a little longer, and he has an interesting aura covering his body.

The movie doesn't explain this form, so wait for official articles for explanations.#SuperHeroSpoilers pic.twitter.com/sqlTisGdqq

In the classical Dragon Ball style, Gohan achieves the new form while being fueled by rage. Piccolo’s defeat at the hands of Cell made Goku’s son surpass his limits once again. Something similar happened with Vegeta’s Super Saiyan Blue Evolved form in the Tournament of Power arc, or even when Goku first achieved the very first Super Saiyan transformation in DBZ when he was fighting Frieza.

But there’s still a big difference. The Dragon Ball Super: Super Hero movie didn’t provide any explanation for Gohan’s new form, but we can expect some updates on the subject soon enough. Whatever it will be, what’s for sure is that Gohan looks good in his new phase.