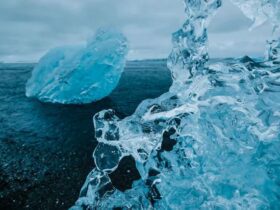 Will The “Doomsday Glacier” Collapse? Here’s What Scientists Say

The Dragon Ball Super: Super Hero movie that came out a week ago in Japan will certainly leave strong memories in the minds of many fans of the legendary series. The movie was unique in plenty of aspects, and we have to warn you that there will be some spoilers in this article!

Gohan is attracted right into the lion’s den of the Red Ribbon Army as soon as his daughter Pan gets kidnapped. Once Gohan arrives there, he has to face Gamma 1 and Gamma 2, two of the new androids created by the evil organization. But there’s also a new foe, or better said, an old “friend” who’s stronger than all! Piccolo also offers his friend and pupil Gohan a huge helping hand in the movie.

Along with the novelization of the new 2022 movie of Dragon Ball Super, we can see some actual images of the show that hint at some of the most important scenes. As you probably know already from another article of ours that was published before the launch of the movie, Cell has been brought back for Dragon Ball Super: Super Hero to show his new powers.

A complete box set of the Dragon Ball Super anime will soon come out for the fans as well, and they contain all of the 131 episodes of the show.