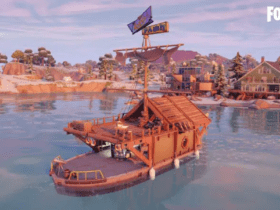 Fortnite Chapter 3: How to Visit Adrift or Pawntoon in a Motorboat and Complete Challenge

Dragon Ball Super (DBS) has a fair amount of people who dislike the show. But we all have to admit that the anime still brought some new and interesting aspects into the legendary franchise compared to Dragon Ball Z. The writers seem to have realized very well that variety is the spice of life, as they brought the concept of the Multiverse, angels, gods, a battle royale tournament, and more into DBS.

If you’re a fan of Dragon Ball Super, surely you have a favorite arc. You may like Tournament of Power, Battle of Gods, Resurrection of F, Goku Black, etc. In all cases, you’re in luck! According to comicbook.com, the fans will soon have the chance to get their hands on a new limited box set that will carry all of the episodes of Dragon Ball Super!

The Dragon Ball Super anime ended immediately after the conclusion of the Tournament of Power. The show lasted until March 2018, and it reached 131 episodes. That was a lot less than how many episodes the prequel anime had, meaning Dragon Ball Z: 291. But still, DBS was received relatively well by the public, and you have the chance to get your hands on the new box set starting September 20.

The box set will be in Blu-Ray format, and it will cost you $149 at the Crunchyroll Store.

Otherwise, Dragon Ball Super continues even today through the manga version, as well as a featured movie that was released a few days ago. Known as Dragon Ball Super: Super Hero, the new film presents a much different plot than before, where Piccolo and Gohan have to step under the spotlight instead of Goku and Vegeta. The two pure-blooded Saiyans are busy training with Whis and Broly, while it’s up to Gohan and Piccolo to deal with new powerful androids created by the Red Ribbon Army.