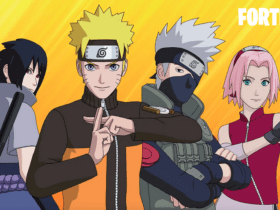 Many Dragon Ball fans were eager for the new movie entitled “Dragon Ball Super: Super Hero” to start, and the launch date was delayed by a cyberattack at the Toei Animation studio. There’s no wonder why the movie has made a lot of fans excited. After a very long time, Goku and Vegeta will allow other Z warriors to do their best in taking down the major foes.

Gohan and Piccolo will be under the spotlight this time, as they’ll have to teach the new androids created by the Red Ribbon Army some manners. Known as Gamma 1 and Gamma 2, the two new androids are a lot stronger than the old ones from the Dragon Ball Z anime.

According to the Dragon Ball Official website, the upcoming movie will come out on June 11 in Japan. This is a significant difference of over a month from the initial release date. But you know what they say: better later than never!

We sincerely apologize to everyone who was looking forward to the April release.
For those who have already purchased presale tickets, they will still be valid for the new release date, so please make sure to hold onto them until then.

Thank you for your kind patience and understanding, and we hope that everyone continues to look forward to the movie’s release.

As you probably already know, Akira Toriyama is writing the story for the upcoming movie, which is great news for hardcore fans. He’s none other than the one who has written the story for Dragon Ball Z, and that was by far the most exciting anime of the legendary franchise.

Feel free to tell us in the comment section about your own expectations regarding the ‘Dragon Ball Super: Super Hero’ movie!