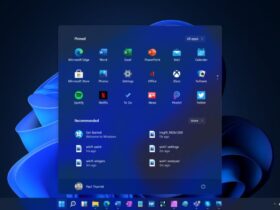 The Coachella music festival is about to start in Fortnite! The news was confirmed by Epic Games, along with other sleek details about the collab.

From exclusive skins and cosmetics to an incredible experience, the Fortnite and Coachella crossover is said to arrive in style. So far, we’ve come across some of the best collabs, including box office movies, beloved game series, and the world’s most popular music artists.

We’ve compiled a cool list of everything you need to know, including the Fortnite x Coachella release date.

The new Fortnite and Coachella crossover will air on April 15 and end on May 16. How cool is that?

All Fortnite players will have to tune into the Icon Radio while in a vehicle and enjoy up to 30 artists featured at Coachella. What’s best is that the in-game Item Shop will add Coachella-themed cosmetics on both weekends, starting April 14, during the daily shop reset at 5 PM PT/ 8 PM ET/ 1 AM BST. As for the second weekend, we’ll get two extra outfits on April 21.

The Coachella music festival will feature some of the coolest skins and cosmetics in Fortnite, including the Lyric skin!

The skin will have sleek reactive Cosmic Equalizer alt Style, included in an awesome Rocking at Coachella Bundle (you can also buy it individually). The bundle will feature:

Check out the incredible Lyric outfit:

Similar to the Lyric outfit, the Wilder skin features an alt Style that reacts to music and is part of the Rocking at Coachella Bundle.

Here’s what you’ll get in the bundle:

This outfit is also part of the bundle, coming with the reactive Sonic Vibes Back Bling and the tropical Softest Electropalm Pickaxe. Let’s have a look at Alto’s Outfit:

The last set of cosmetics and skins from the Fortnite x Coachella collab is Poet (the second weekend).

You can buy both Alto’s and Poet’s outfits in the Dancing at Coachella Bundle or individually. Poet features the Cosmonautic Helmet Back Bling, the Mainstage Wrap, and the Cactical Crusher Pickaxe.

The Dancing at Coachella Bundle comes with the Enter the Coachellaverse Loading Screen. How cool is that?