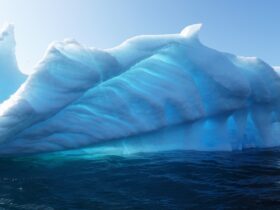 Scientists Made Disturbing Discovery in the Greenland Ice Sheet, Made Possible by Better Simulations

What do Eminem and Fortnite have in common? Considering Fortnite’s popularity and the rapper’s successful career, we’ll say that’s a start!

Fresh leaks suggest that Eminem is set to arrive in Fortnite as the next collab. The legendary rapper could soon join Ariana Grande, Travis Scott, and many more on the battle bus. Epic Games didn’t reveal a thing about a possible Eminem x Fortnite collab, but judging what Icon Radio plays right now, we should see that happen in no time!

Eminem in Fortnite: What to Expect?

Fortnite’s Icon Radio is blasting a long Eminem marathon, and leakers believe that Slim Shady may make his in-game debut. How cool is that?

Popular Fortnite leaker, InTheShade, noticed the unexpected music takeover and reported it to HYPEX, who took the matter on Twitter. Check out below the post:

Eminem is the ONLY artist playing on Fortnite's ICONs radio right now. Potential collab? 😳🔥 (Thanks to @InTheShadeYT for letting me know) pic.twitter.com/sVt550Z86s

Could Eminem be the next Fortnite collab? Unfortunately, Epic Games didn’t reveal a thing or drop hints, so it’s better to take everything with a pinch of salt.

Read More: What NPCs Are There in Fortnite Chapter 3 Season 3 – Map Locations

However, another notable tipster, iFireMonkey, spotted that Fortnite’s Icon Radio is actually playing 53 minutes of ‘The Fire Marshall’s music and that a skin should soon drop in the game’s files. That seems like a job for data miners!

As a reminder however, there are 0 skins currently encrypted so it might be something smaller like an emote or a music pack.

Many things are possible at the moment, and given that the rapper is considered one of the best musicians in the world, with a career of over two decades, it would be a massive addition to Fortnite.