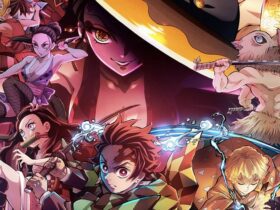 Demon Slayer Season 2 – When And Where Can You Watch It?

Dragon Ball fans from the US and other parts of the globe still have plenty to wait until the new ‘Dragon Ball Super: Super Hero’ movie is released. After its premiere in Japan on June 11, the movie will release in August in other countries.

The new Dragon Ball movie is already reaching an impressive level of attention: over 1 billion yen at the box office. That’s perhaps because the plot was a lot different than what the fans were used to. Goku and Vegeta didn’t take part in taking down the big threat this time, leaving the opportunity for Gohan and Piccolo to shine.

The ‘Dragon Ball Super: Super Hero’ movie’s intro trailer is a reminder of the old days

The upcoming movie keeps getting promoted heavily through a lot of footage, and it happens once again with an intro trailer that dives right into the old days of Dragon Ball. The reason it does so is that fans need to be reminded of how the Red Ribbon Army was destroyed many years ago. Goku, when he was just a child, was the one who defeated the organization and all of its mechanical beasts. The organization came back when Goku became an adult, thanks to the work of Dr. Gero, who created much more powerful androids than before.

After bringing the most powerful android at that time, known as Cell, the Red Ribbon Army is once again coming back some years later, being revived by other smart and evil scientists. Gamma 1 and Gamma 2 are two of the newest androids created by the Red Ribbon Army this time, and Goku won’t be anywhere to be found.

Can Gohan and Piccolo deal with the biggest threat and bring peace to Earth once again? We’ll surely find out for sure when the ‘Dragon Ball Super: Super Hero’ movie is released!