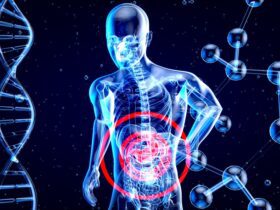 Recent reports about two common sunscreen ingredients, octinoxate, and oxybenzone, have stirred quite the buzz. The ingredients are now banned because they threaten the oceans’ health.

With climate change shaping Earth’s future and pollution triggering the worst-case scenario we could soon live in, it’s better to start being cautious and search for new ways to protect our skin and the environment.

Sunscreen is Dangerous For Coral Reefs

According to new research, sunscreen has been linked to the deteriorating health of coral reef systems worldwide. Around 6,000 tons of sunscreen end up in the ocean annually, and that’s a lot.

Exposing coral reefs to oxybenzone and octinoxate can trigger coral bleaching and other severe issues.

Reef-safe is not yet a term regulated by the FDA. Such a thing means that sunscreen companies aren’t required to do some testing to really prove that their products are putting coral reefs’ lives in danger.

Also, scientists still don’t know which sunscreen ingredients are actually safe for oceans and which aren’t.

So, the “reef-safe” thing on your favorite SPF doesn’t mean something yet. However, acknowledging the fact that we could harm the environment due to some products that we use, it’s a start. Rising awareness about it also helps.

Protect Yourself and the Coral Reefs Efficiently

We’ve compiled a list of a few reef-friendly ways to protect yourself from sun damage: