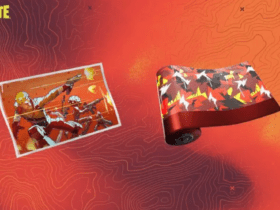 Fortnite x Twitch: How to Get Zero Build Twitch Drops

If you’re attempting to gain muscle, you’re undoubtedly concerned about protein. Getting adequate protein may help you achieve this objective when combined with resistance exercise, the most effective stimulus for developing muscle growth and strength.

Is there, however, the best time to consume that shake?

Perhaps you’ve heard that eating protein right after an exercise promotes muscle growth. Or that a protein smoothie before bedtime is the most significant way to boost exercise-induced muscle building.

Evidence does not support methodically scheduling your protein drink around exercises or sleep, as it turns out.

Here’s all you need to know about the relationship between protein timing, muscle mass, and strength.

How much protein do you need to create muscle?

Amino acids, which are the building blocks of protein, are utilized to repair and rebuild muscle tissues broken down during exercise. Replacing vital muscle protein allows you to recover quicker and work out more intensely.

If you want to grow muscle, you should eat twice as much protein per day as a sedentary individual.

A daily protein intake of 1.6 g per kilogram of body weight (3.6 g protein per pound) substantially boosted muscular strength and growth, according to a 2018 assessment of 49 randomized controlled studies.

Consequently, an individual weighing 82 kg (180 lb.) would need to ingest 131 g of protein each day. Six ounces of chicken has 38 g of protein, two big eggs have 12.5 g, one cup of Greek yogurt contains 24 g, one cup of chickpeas contains 15 g, and one serving of protein powder typically contains 20 to 30 g.

The study, which included 1,863 healthy people who completed strength exercise two to five days a week for at least six weeks, revealed that ingesting more protein did not increase mass muscle growth.

The notion that it is vital to ingest protein (and carbs) shortly after strength training to enhance muscle building has been around for a while.

According to the notion, doing so within a 30-minute “anabolic window” would boost muscle protein synthesis, decrease muscle protein breakdown, and replenish muscle glycogen (carbohydrate) reserves. If you miss this eating window, your recovery will be less than optimum.

However, the data does not support this technique. According to research, the window of opportunity for protein consumption to stimulate muscle development is relatively large.

What seems most important is that you eat enough protein throughout the day.

Research advises dividing your protein intake over three meals instead of focusing on one.

It is also recommended that you drink a casein protein smoothie before night to boost the muscular growth from resistance exercise. Casein, a slowly digested dairy protein, boosts nighttime muscle protein synthesis.

A 2015 research of 44 young men enrolled in a 12-week weightlifting program discovered that those given a presleep smoothie with 30 g of casein and 15 g of carbohydrate grew more muscle than those who drank a calorie-free drink.

The researchers were unsure if the observed muscular advantages were attributable to the timing of the protein or just a more significant overall protein and calorie consumption.

A 2018 research in older men found that bedtime casein had no impact on muscle growth and strength after a resistance training regimen. Another research in young males discovered that ingesting a casein supplement either early in the day or just before the night helped grow muscle, suggesting that total daily protein intake, rather than time, is essential.

“Nutrient timing has an almost immeasurable effect on exercise-induced muscle gains. It may provide athletes seeking to reach the podium an advantage,” he continues, “but even then, it’s unlikely.”

The best research suggests that muscle growth necessitates satisfying daily protein and calorie needs in addition to resistance exercise. If it means to include a protein drink, that’s OK. But don’t stress about drinking it right after your exercise.