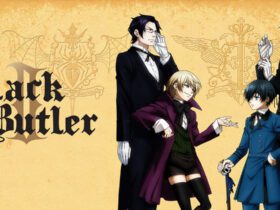 Black Butler: Will The Anime Receive A Fourth Season?

Who doesn’t like gaming these days? Sony continues to prove that the PlayStation 4 console still has a lot to offer despite the release of its successor in late 2020. If you’re willing to spend only a maximum of four bucks for a video game, now’s your chance!
ComicBook.com made a list of 10 popular games for PlayStation 4 that are purchasable at $3.99 or even less! As it normally happens in life, nothing lasts forever, right? It also applies to the roster of games available at $4 each. The offer expires on May 26, so make sure you write that date down within your calendar! Once the dead-end arrives, the games will return to their normal prices. Behold the list:

Saints Row: Gat out of Hell

The famous open-world series Saints Row was back in business in 2015 with a game that’s clearly not for the soft-hearted. The protagonist character goes to Hell to stop the president from marrying the daughter of the ‘Father of Lies’. The game promises just as much entertainment as the fans of the series were used to, or even more. It’s up to you to decide how Saints Row: Gat out of Hell stands between the other titles from its series!

How about some futuristic tech magic? If the offer sounds tempting to you, this is the game to play! The Swapper presents the situation when someone else knows your mind better than yourself, and you get to create and destroy different clones.

Just Cause 3 is another top open-world game where you get to interact with the environment a lot. As the game’s description says:
“With over 400 square miles of complete freedom from sky to seabed and a huge arsenal of weaponry, gadgets, and vehicles, prepare to unleash chaos in the most creative and explosive ways you can imagine.”

In this game, you get to follow the story of Max Caulfield, a photography senior who can rewind time. A dark side gets uncovered to life in Arcadia Bay, and that’s when things get even more interesting.

Life is Strange: Before the Storm Complete Season

Chloe Price is a 16-year-old rebel who is friends with Rachel, a popular girl destined for success. But Rachel gets into a lot of mess because of a family secret, and she must find a way to make it through.

In Thief, your in-game thieving skills will be your best ally. You’ll have to walk the fine line between the people and politics, as they’re always in conflict. Time will not be on your side on this game, so you must hurry!

In Oxenfree, as soon as a group of friends opens a ghostly rift, it’s party time for all sorts of creatures from the evil realm. The island’s cryptic past comes back to life in a very scary way, as it has to prove something. Can you bear the struggle?

The Deadly Tower of Monsters

As the description says:
“Green screen! Lasers! And a tower full of deadly monsters! When Dick Starspeed crash lands his rocket on the planet of Gravoria, he’ll have to fight through dinosaurs, nukular ants, and other skilled, costumed stuntmen to make it up the deadly tower of monsters.”

You’ll play the role of The Cleaner, who does dirty jobs for the mob, such as cleaning up all evidence from a crime scene. You’ll have to avoid detection from the cops, so don’t expect Serial Cleaner to be an easy game!

The Technomancer will take you to Mars, where you get to live as a mage-warrior who will have to confront a lot of fantastic creatures. Generating destructive electrical waves amplified by cybernetic implants will be the best ace up your sleeve.
Feel free to tell us which game you like most from the list! We gladly read all the comments!