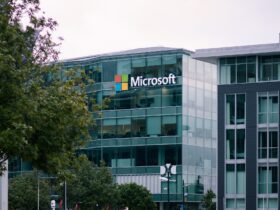 Earth is covered in complex layers of gases that compose the atmosphere.

They work as a global shield for all life on Earth.

However, we are actively shrinking an entire one of those layers, known as the stratosphere, due to the profound impacts we have on our planet.

A worrisome new study discovered that the thickness of the stratosphere already decreased by 400 meters since 1980.

While local decreases in the thickness of the stratosphere have been reported in the past, but this is the first time when the phenomenon manifests on a global scale, according to Sciencealert.

Juan AÃ±el, a physicist from the University of Vigo Earth, said:

“It is shocking. This proves we are messing with the atmosphere up to 60 kilometres.

The stratosphere envelopes the sky 12 to 37 miles above us, and it covers the atmospheric layer we are breathing (known as the troposphere).

Some clouds go this high, and rarely some birds.

The stratosphere includes the critical ozone layer, which we already harmed enough by using CFCs.

While global efforts managed to decrease Ozone damage ( which led to a hole in the ozone layer above Antarctica), our greenhouse gas emissions have been impacting the whole stratosphere.

Petr Pisoft, an atmospheric physicist from Charles University and his team used satellite imagery from the 1980s paired with climate models to find out that the rise of CO2, instead of the formerly suspected ozone depletion, is one reason why the stratosphere is shrinking.

“[We] demonstrate that the stratospheric contraction is not only a response to cooling, as changes in both tropopause and stratopause pressure contribute,” the team stated in the paper.