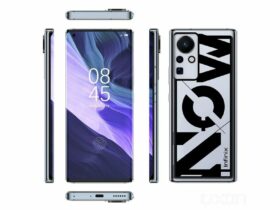 Although the WhatsApp policy claims to offer end-to-end encryption to its users, it was inevitable for Facebook not to get involved in a sneaky way. The world’s most popular instant messaging app counts more than 2 billion users, and Facebook bought it in 2014 for a staggering amount of about $19 billion.

But if you’re planning to still use WhatsApp after February this year, we have bad news for you: the developers of the service are giving their users an ultimatum. Either you agree to have your data collected by Facebook, or you won’t have access to WhatsApp anymore.

Deadend is scheduled for February 8

As ArsTechnica reports, an in-app alert directing users to agree to the new changes in the WhatsApp terms of service is conclusive enough:

In 2016, WhatsApp gave users the option not to get their account data given to Facebook. But as for the next month, the choice won’t be available anymore. Some of the data collected by WhatsApp include:

A WhatsApp spokeswoman says that the new move is part of a previous decision to allow businesses to store and manage chats through the instant messaging app without the use of Facebook’s infrastructure. However, she claims that no change will be present in how WhatsApp shares data with Facebook in the case of non-business chats and account data.