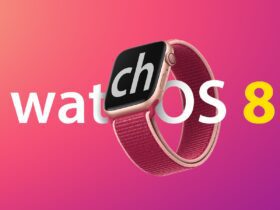 2021 is already ready to impress us all with stunning gadgets, and LG’s new laptops confirm it firmly. The South-Korean company recently introduced new portable computers from the Gram series, proving that laptops can also be used for extended periods of time without recharging.

Android AuthorityÂ writes that five new laptops from the Gram series and ranging from 14-inch to 17-inch models were introduced by LG ahead of CES 2021.

The new laptops from LG are packed with some memorable upgrades. Whether we’re talking about the powerful 11th-Gen Core processors from Intel, the up to 16GB of RAM, the Iris Xe graphics, or the LPDDR4x memory, they’re all there. The laptop models in question are those ranging from 14-inch to 17-inch for the screen.

But the good news is far from over, as the main highlight is that the Gram laptops from LG assure up to 19.5 hours of battery power for its users, whether we’re talking about the Gram 17, Gram 16, and Gram 16 2-in-1. All three models also feature 80Wh batteries.

Do anything with the powerful performance of Intel. The 10th Gen IntelÂ® Coreâ„¢ processor with IrisÂ® Plus graphics is a huge leap in performance and power efficiency – offering twice the graphic performance of the previous generation. The processor powers high-level 4K content production, quick application of video filters, high resolution photo editing and, of course, 1080p gaming.

Let’s face it: pretty much everyone likes gaming nowadays, and any kind of device that will offer a great experience in the field can only be a great addition to the market.