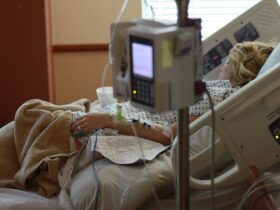 News about Mars’ latest disturbance emerged recently, and it seems quite odd.

The Red Planet is shaking and wiggling as it rotates, leaving astronomers in awe. Similar to a toy top that wobbles as it loses velocity, Mars’ poles are under a strange activity, moving up to 4 inches off-center every 200 days.

The Chandler Wobble Effect: What Should You Know

Mars’ recent activity is influenced by something dubbed “The Chandler Wobble.” This phenomenon is actually an effect encountered on planets that aren’t round.Â

On our planet, this odd jiggle is more significant. Earth’s poles ramble approximately 30 feet from its axis of spinning, teetering circularly. It also repeats every 433 days.Â

However, Earth is not affected that much by the wobble, but it’s still a mystery. According to astronomers, the activity should calm down within a century of its origin. But again, this is not certain.

The Red Planet’s wobble is as intriguing as the one on Earth. It causes astronomers a headache and puzzles their research.Â

The team of astronomers that detected the recent wobble utilized a decade and a half of data from three satellites orbiting Mars. The satellites are: Mars Reconnaissance Orbiter, Mars Odyssey, and Mars Global Surveyor.Â

The current movement in Mars’ poles should die down naturally, as the team suggests, but now seems stronger.Â

Because the Red Planet doesn’t have oceans, its shaking spinning might be driven by some atmospheric pressure variations. One thing is sure. Further research is needed.

As for our planet, even if scientists calculated the current wobble should soon disappear, it might not be that easy at all.Â

Earth’s wobble has been going on and on for more than one century. There might be, perhaps, a mix of pressure variations in the oceans and atmosphere. Such a thing will puzzle for sure scientists’ research and calculations.Â