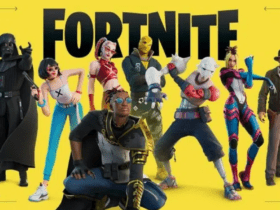 The Sims have been kicking since the start of the 21st century. They even got a Reality TV show, so any news about The Sims 5 is welcome and highly anticipated.

Official news of the upcoming title of the franchise, The Sims 5, were posted by Laura Miele, the Chief Studio Officer of EA.

As soon as she confirmed that the game is indeed under development, millions of gamers across the globe got highly thrilled.

The Sims 4 was launched in 2014, and though it received some updates and DLCs, plus a mobile version in the following years, fans of the franchise have been eagerly waiting for something more than that.

The Sims 5 will seemingly build on its legacy of being a safe spot that allows people to create a world to their liking, whether that means building a massive city or burning everything to the ground.

Though EA remained silent about most developments, the main highlight is that the game will evolve a standard comparable to all its predecessors (at least).

The characters and graphics will be refined, and features will be expanded.

The main focus of the new game is relating to the characters – making the experience even more immersive.

There will be even more freedom in decorating homes and customising characters.

According to the details we got, it appears that there will also be a multiplayer mode, and the community can’t wait to get a hold of that!

However, that may lead to an uncertain future for the game, as the series was fundamentally built around individual play styles.