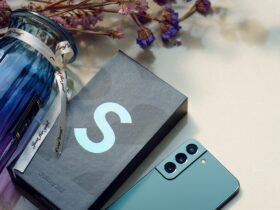 Samsung Galaxy S23 Ultra Might Have a Superior 200MP Camera

It is believed that the following entry to the franchise is under development, and fans are looking forward to news about the game.

Though we can’t deny that The Sims 4 is very much alive thanks to numerous expansions, content packs, and mods, it’s been more than six years since that game got released, and fans wondering what is going on at the Maxis Studio is only natural.

However, little is known about The Sims 5, but one of the most popular rumours about the title is that it may be cloud-based and feature some kind of multiplayer component.

Even if that is the case, nothing is entirely sure.

We believe that The Sims 5 is a long way ahead of us, but we also hope that this year we will learn much more about it, as the developer studio remained silent for quite a while.

In its present form, the game officially hasn’t progressed at all, and the NME report claims that “The Sims 5 […] is in concept stage.”

Unfortunately, that means that we shouldn’t expect to see the game anytime soon.

Also, you should keep in mind that the gap between the past versions of The Sims games is considerable.

Therefore, we are firm on the belief that The Sims 4 is still well within its life cycle, and EA still has some extra plans in store for it.

We believe that EA and Maxis will undoubtedly release some extra expansion packs this year.

Still, we are also firm on believing that we will get an official release date sometime this year, maybe even this summer. Stay tuned for more news on the subject!