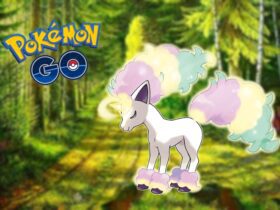 Huawei recently announced a new tablet which they simply named the MatePad, which is seemingly a less powerful iteration of its MatePad Pro flagship tablet.

The company built the tablet with students in mind, and it features some interesting specifications.

However, the two models have numerous similarities. Let’s see them!

Though each device has its unique looks, both companies use the same materials for their bodies. There is an aluminium frame and back, and a glass-covered display.

The two models have decent bezels, though we would have liked to see some slimmer ones.

As for the dimensions, the Galaxy Tab S6 is marginally smaller and thinner but is 17 grams heavier than the MatePad, which weighs 450 grams.

The MatePad uses a Kirin 810 chipset for its brains, while the S6 Lite is based on the Exynos 9611 processor.

Therefore, apps and games should load significantly faster on the MatePad, also thanks to the fact that the tablet is available in 4GB and 6GB RAM versions.

The Samsung model is available only with 4GB of RAM, however.

Both devices allow for storage expansion via SD card.

These are the most relevant aspects of both devices, as they are truly what matters when you search for a tablet.