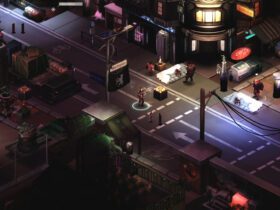 Shadowrun Trilogy: The Release Trailer is Available – Watch It NOW

June has started, and the highly awaited summer update for Clash of Clans is nearly upon us!

As the previous update was so big, the chances are that the June update will be more minor in scope, maybe aiming to fix some bugs or quality of life improvements.

That is acceptable, though, as the developer is always working on fresh content and has been doing that for many years.

Some months introduce significant updates, while others have smaller contributions.

There is a chance that we may see new features added with the new update, maybe some new Hero Pets, or even new variations of Super Troops! Of course, only time can tell if that is true.

The “big” June update hasn’t been introduced yet, but there are numerous things that may pop up in the meantime.

These are the rewards for this season’s challenges:

To access them all, you must first gather 2600 Challenge Points, which is reasonable.

Also, keep in mind that, though the Silver Tier is free to play for everybody, the Gold Tier will cost approximately $5.

Sources say that Supercell showed off the next level of three defensive structures recently.

A maximum level of the Air Defenses, Wizard Tower, and Archer Tower buildings can be seen in the trailer. This is the video:

The upgrades will presumably make it into the Summer Update, but the precise release date isn’t yet known.

Stay tuned for extra news on the subject!