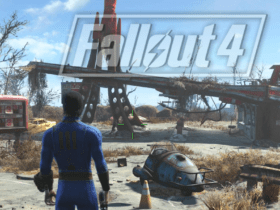 Electronic Arts teased a new DLC for The Sims 4, themed and inspired by the English countryside.

Lilsimsie, one of the most popular influencers in The Sims community, published an image of the postcard she received on Twitter, with the caption “heard from an old friend today xx”.

The note was signed by”A&A Crumplebottom”, and it confirmed the return of the beloved Sims 2 family.

The postcard suggests that a trailer for the expansion pack will be published on June 10 at 8AM PT (4 PM GMT), and it will be available on the official Sims YouTube channel.

Numerous Sims fans wonder if the expansion pass will finally add farming to the popular game, as it was a very common request among gamers.

Snowy Escape was the last Sims 4 DLC, and it was released in October last year. It introduced a new location, Mt. Komorebi, with extreme snow sports featuring snowboarding and skiing, plus numerous bathhouses and a fantastic mountain temple.

The Sims 4 recently got the Dream Home Decorator pack, which grant the player the option to play as an interior decorator and renovate the homes of other Sims.

We know that The Sims 5 is under development, but we don’t currently know which production stage is reached. Stay tuned for news on that subject!