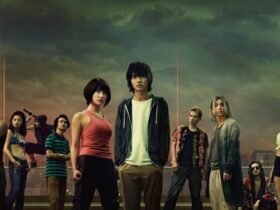 ‘Stray’ seems to be one of the most popular video games at the moment, although only a few days have passed since its release. The game puts the player in the role of a cat that needs to make it through the difficulties of being a stray animal in a populated city.

As expected and as it happens in the case of pretty much any other popular video game out there, mods are already available for ‘Stray.’ At least one of them looks as crazy as possible, adding a famous GTA protagonist in the role of the cat.

A modder had the amusing idea of adding the famous GTA SA protagonist known as CJ in the cat’s role from ‘Stray.’ Therefore, CJ will behave exactly like a cat, and he’s surprisingly good at it. You can watch the proof below, but we warn you not to eat at the same time because the danger of choking is real!

The original Stray game, on the other hand, was released this month and less than a week ago. The description via Steam tells us the basics about Stray:

Stray is a third-person cat adventure game set amidst the detailed, neon-lit alleys of a decaying cybercity and the murky environments of its seedy underbelly. Roam surroundings high and low, defend against unforeseen threats and solve the mysteries of this unwelcoming place inhabited by curious droids and dangerous creatures.

We also spoke about the ‘Stray’ game in a previous article, where a list of system requirements also appeared for those willing to run the title on a PC. ‘Stray’ is also available for PlayStation 4 and PlayStation 5 consoles.