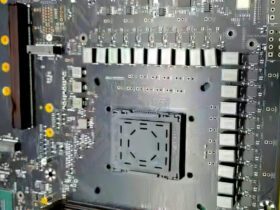 The OnePlus 11 will be the company’s first smartphone release of 2019, and it will be shown shown for the first time in China the following week. However, prior to that event, what looks to be its spec sheet has recently been discovered in the wild, disclosing the most significant aspects of it.

The next premium phones from OnePlus are almost ready to be released. A worldwide launch event for the OnePlus 11 is scheduled to take place on February 7, after its introduction on January 4 in China. In advance of those dates, however, it seems that a spec sheet for the phone has been discovered already, disclosing the basic specifications of the device.

The information that the OnePlus 11 would have a 6.7-inch QHD+ 120 Hz AMOLED display was leaked by Digital Chat Station and shared on Weibo. However, and this is very important, it seems that the OnePlus 11 will employ an E4 panel. Although this may not seem to be much of a problem at first glance, E4 screens have already been there for two years, having made their debut in 2021. These displays are now used in mobile devices such as the Mi 11 series and even the OnePlus 9RT. It is anticipated that the majority of 2022 flagships will feature E6 screens, which demonstrates OnePlus’s efforts to reduce costs with the OnePlus 11.

Moving on, the OnePlus 11 is said to have a primary camera with a resolution of 50 megapixels and an IMX890 sensor, as well as secondary cameras with resolutions of 48 and 32 megapixels, and a front-facing camera with a resolution of 16 megapixels. The latest Snapdragon 8 Gen 2 processor, together with LPDDR5X RAM and UFS 4.0 RAM, will be found behind the hood. There are three different combinations of RAM that may be chosen from: Finally, the smartphone will be equipped with a battery with a capacity of 5000 mAh and would support charging at 100W.