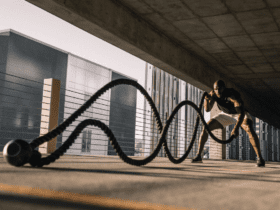 Do You Want More Energy For Your Workout?

Not everybody knows that Samsung also knows how to build laptops. Although the South Korean tech giant is mostly known for its smartphones, its laptops also deserve some good level of attention.

Samsung laptops are generally well-regarded for their design, performance, and build quality. They offer a wide range of models for various price points and usage scenarios, including business laptops, gaming laptops, and thin-and-light ultrabooks. Many Samsung laptops are equipped with high-quality displays, fast processors, and solid-state drives, which can contribute to their overall performance and responsiveness. Some models also have features like touchscreen displays, backlit keyboards, and long battery life, which can make them more convenient and user-friendly.

The Samsung Galaxy Book2 Pro has been through some interesting changes since its launch back in February. The laptop now comes equipped with the Snapdragon 8cx Gen 3 chipset, after it was originally available only in a version featuring a processor built by Intel.

The Samsung Newsroom brings the information regarding the new version of the laptop, and it was spotted by GSMArena. While the laptop has been unveiled in South Korea for the moment, it’s scheduled for release on January 16. Samsung’s laptop is priced at KRW 1.89 million, which is equivalent to approximately $1,500 or €1,400.

The Samsung Galaxy Book2 Pro 360 is a high-performance mobile computer that features a 360-degree rotating Super AMOLED display and comes with the S Pen stylus. It is designed to be fast, efficient, and versatile, making it a great choice for users who need a powerful device that can handle a variety of tasks on the go.

Samsung Galaxy Book2 Pro is extremely lightweight and thin, weighing just 1.04 kilograms and measuring only 11.5 millimeters in thickness, making it easy to carry around and take with you on the go. Its compact size and low weight make it a convenient choice for users who need a portable device that can be easily carried in a bag or backpack. The laptop’s slim profile also means that it takes up minimal space on a desk or in a bag, making it a good option for users who value compactness and minimalism. Overall, the laptop’s lightweight and thin design make it a great choice for users who need a portable, easy-to-carry device that can handle a wide range of tasks.

How good is Snapdragon 8cx Gen 3

Compared to the previous Gen 2, the Snapdragon 8cx Gen 3 brings some clear advantages. We could mention the significantly higher multi-core CPU performance, as well as more GPU performance, and the NPU increased up to 29 TOPS.

The Qualcomm Snapdragon 8cx Gen 3 Compute Platform is a system-on-a-chip (SoC) designed specifically for use in Windows laptops. It is based on ARM architecture and integrates multiple high-performance cores, including four Cortex-X1 cores that can operate at up to 3 GHz and four Cortex-A78 cores that can reach speeds of up to 2.4 GHz. The combination of these cores enables the SoC to deliver fast and efficient performance for a wide range of tasks, making it a powerful and reliable choice for laptop manufacturers. The Snapdragon 8cx Gen 3 Compute Platform is well-suited for use in laptops that require strong computing power and fast processing speeds, such as those used for gaming or productivity.

It is difficult to determine exactly how many laptops Samsung has created over the years, as the company has released numerous models in various product lines and ranges. However, Samsung actually has a long history of producing laptops, and it currently offers a wide range of models for various price points and usage scenarios, including business laptops, gaming laptops, and thin-and-light ultrabooks.

It’s worth noting that the overall quality of Samsung laptops can vary depending on the specific model and its specifications. It’s always a good idea to do your own research and read reviews before making a purchase to ensure that you’re getting a laptop that meets your needs and expectations.