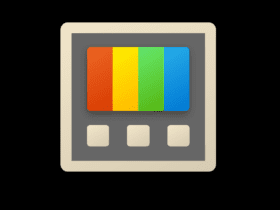 Samsung impressed the world back in March when it released the Galaxy A53 model, a midrange phone that’s available at a very good price and with some top specs. It was indeed perceived with some level of skepticism because of the fact that it features one of Samsung’s own processors, the Exynos 1280, but it wasn’t long before people became aware of the product’s advanced quality.

Samsung Galaxy A53 comes with IP67-rated water resistance, a 5,000mAh battery, a main 64MP camera, and 4K video recording for both the main and front cameras, just to say the least. In other words, it’s a good device for anybody who’s not necessarily interested in the latest flagships.

But all those exciting specs come at a cost for Samsung: the pressure of building an even more powerful device for the successor model. We already know that the upcoming Galaxy A54 has been in the works for quite a while, as we’ve spoken about its appearance on Geekbench 5, its design, and more.

Samsung Galaxy A54 will be available in four colors: green, purple, black, and white

GSMArena shares the news of the new leak regarding the colors of the Samsung Galaxy A54. The phone will be available in four beautiful colors, and you are free to choose any of them when the device comes out and if you decide to buy it: green, purple, black, and white.

According to available information, the upcoming device is expected to feature a 6.4-inch AMOLED screen with a high refresh rate of 120 Hz. This is likely to provide an enhanced visual experience for users, with smooth and fluid motion when scrolling or playing games. The device is also expected to have a triple rear camera setup, with the main sensor being a 50 MP camera. This should provide high-quality photos and videos with excellent detail and clarity. In terms of battery life, the device is expected to be equipped with a 5,100 mAh battery, which should provide good battery life for most users. There will also likely be multiple RAM and storage options available, with one option being 6GB of RAM and 128GB of storage. This should provide users with a good balance of performance and storage space.

To be or not to be an Exynos processor again?

The million-dollar question is this: will Samsung rely once again on an Exynos processor for the upcoming Galaxy A54, as it did in the case of the previous Galaxy A53 device? Or will it add a processor from Qualcomm? Our guess is that the South Korean giant will continue the trend with its own line of Exynos chipsets.

In general, Exynos processors have received good reviews for their performance and have been used in a number of popular Samsung devices, including the Galaxy S and Galaxy Note series.

However, it’s worth noting that the performance of any processor will depend on a number of factors, including the specific model and the device it’s being used in. Some Exynos processors have performed well in benchmark tests and have received positive reviews from users, while others have received less favorable reviews.

In terms of performance, the A-series of Samsung smartphones are generally equipped with solid processors and offer good performance for most tasks. They also come with a variety of features, including high-quality displays, good cameras, and a range of connectivity options.

One of the standout features of the A-series is the design. Samsung’s A-series devices are known for their sleek and stylish design, which is often on par with the company’s more expensive devices.

Overall, the A-series of smartphones is a good choice for users who want a high-quality device at a more affordable price point.

There’s not too much to wait until we hear about the official announcement of the new Samsung Galaxy A54 phone. It’s expected to occur in January.