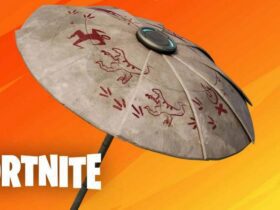 The world always needs more powerful tools to look deeper into the wonders of the Cosmos. Until only one hundred years ago, astronomers were sure that the Universe is infinite in space and time, and there’s no wonder why. All those clusters of stars and galaxies that we can see in the sky are enough to tempt anyone into saying that there’s no possible end to all of this mystery.

But as the Big Bang Theory points to a version of the Universe with boundaries, constantly building new powerful telescopes is a “must”. After seven years spent for de design and engineering phase, the construction of the SKA (Square Kilometre Array) Observatory will finally begin next month, as the official website reveals.

SKA Observatory will be the largest radio telescope in the world

As you might have already guessed, the term “SKA” (standing for Square Kilometre Array) reflects the purpose to build a telescope across one square kilometre. More precisely, an array of antennas will be distributed across large distances.
The SKA Organisation continues to explain further, as cited by Jalopnik:

The concept for the SKA dates back to the early 1990s, and although the original name remains, the science goals, concept and engineering behind the project have evolved over the years, resulting in the science requirements of today that call for 130,000 antennas and 200 dishes. After the first phase of construction, historically referred to as SKA1, the two arrays comprising the SKA will already have a combined collecting area of almost half a square kilometre. As antennas can be added to interferometers, a future expansion of the SKA would allow this collecting area to increase even further.

Going all the way to the edges of the Universe with our insights, using powerful telescopes surely isn’t impossible. But figuring out what could possibly exist beyond those edges is one of the major challenges in astrophysics and science in general.