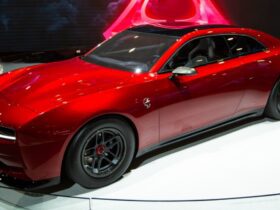 Although the Honor brand is now owned by Shenzhen Zhixin New Information Technology Co., Ltd, Huawei still has a strong word to say. If you own a relatively old Honor phone and you’re still craving for updates from Huawei, you’re in luck. The Chinese giant will still send software updates to some Honor devices, according to GIZMOCHINA.

Both Huawei and Honor executives made the confirmation to SuomiMobiili.fi (via GSMArena), and this can only mean good news! The smartphones that qualify for the move are some that were released before April 1, 2021, and you might have already guessed the reason: Honor’s departure from Huawei took place before that date.

Joonas Nurmela, who is Huawei’s Chief Relations and Communications Manager, even reveals that HONOR phones will receive full product support.

Owning the HONOR brand or not, Huawei is doing great. The Chinese giant manufacturer even surpassed Samsung and Apple in July 2020 regarding the number of phones shipped, becoming the top smartphone manufacturer in the world. However, the COVID pandemic might have had a strong impact in such a turn of events, as Samsung’s sales have dropped significantly in the second quarter of 2020.