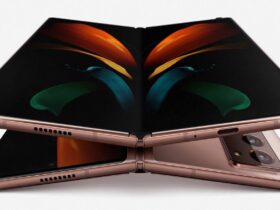 The Galaxy Z Fold 3 – A New Way Of Ruining Your Screen?

A newly released report of atmospheric carbon dioxide (CO2) levels confirms we’re facing a climate crisis. The concentrations of CO2 are so high that scientists believe Earth only experienced a similar event million years ago.

The new results are unexpected yet shocking. All of us, not just scientists, believed that the global shutdowns during the pandemic could’ve lowered those worrying CO2 levels. But we were wrong.

CO2 Levels Where To?

The National Oceanic and Atmospheric Administration (NOAA) released a new statement about the current situation and the possible ways of avoiding catastrophic climate change. 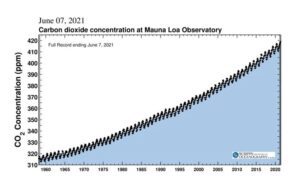 According to NOAA, the new record is the highest monthly average since precise atmospheric measurements started over six decades ago. But, of course, the most accurate scale of this result can’t be actually measured in decades.Â

Scientists went much further back when Earth’s atmosphere experienced more or similar CO2 levels as now. And if you can’t guess how far back they went, try 4.1 to 4.5 million years ago!

Researchers have reconstructed past CO2 levels using advanced proxy techniques, such as carbon isotope compositions from marine sediments found in different oceans worldwide. As a result, they went back to the Pliocene and discovered comparable CO2 levels to what we experience now.Â

How was it back then?

Besides similar CO2 levels, Earth’s polar regions were warmer and surrounded by forests. The ice was still liquid water, raising the oceans to a sea level of about 20 meters higher than it is today.

Now, the question is could we return to such times?

Scientists fear that we might be only hundreds of years away from the Pliocene scenario. That means the CO2 levels have enough time to warm up the planet again and revive history.

Is There a Solution?

We’re probably experiencing the worst-case scenario right now because everything is so despairing.

However, scientists hope for a change. The solution is and should be right before our eyes.

Pieter Tans is a senior climate scientist at the NOAA’s Global Monitoring Laboratory. He released a statement:

“Solar energy and wind are already cheaper than fossil fuels, and they work at the scales that are required; […] we might still be able to avoid catastrophic climate change.”