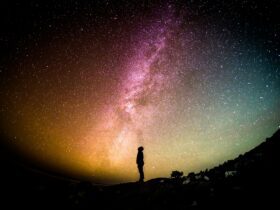 NASA’s Juno enrolled in what seemed to be one of the most daring space missions: exploring Ganymede. Massive, heavily cratered, and grey, Jupiter’s largest moon unfolded in front of Juno’s eyes, unveiling a shocking aspect.

How did Juno succeed to get so close to Ganymede and capture the most intriguing photos?

Exploring Ganymede: No Longer a Challenge

NASA’s Juno has been flying around our planetary neighbour since 2016. The spacecraft has dealt with many challenges, but the impossible happen on Monday (June 7).

Juno zipped courageously past Ganymede, reaching it within 1,000km (650 miles). To better understand this, you should know that no spacecraft ever had gotten so close in more than 20 years! And the best part is that we finally have some high-quality photos to celebrate the event.

You can see below a picture of the great Ganymede: 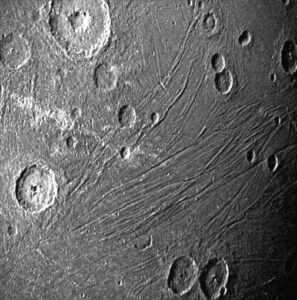 The image has been captured by Juno’s black-and-white navigation camera, showing the moon’s dark side. What’s intriguing is that the light comes from Jupiter!

Astronomers believe that Jupiter’s moon could be more than a grey, heavily cratered cosmic feature. Ganymede could host, in fact, an ocean of salty water 800km (500 miles) right underneath its icy shell. And that’s not all.

Some scientists even believe the ocean holds more water than our planet does.Â

Ganymede also has a magnetic field that produces a fantastic aurora as its poles. Such a thing is a rarity, making the moon the only kind in the Solar System.

Check out another shot of Ganymede: 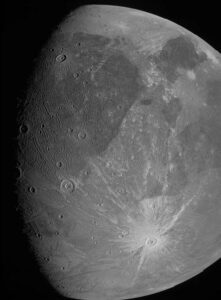 The picture captures approximately a whole part of the moon. Every pixel is about 1 kilometre (0.6 miles). How cool is that?

Moreover, the image has been shot by Juno’s incredible camera using a green-light filter.Â

NASA stated that we should expect more photos from Juno in the coming days!