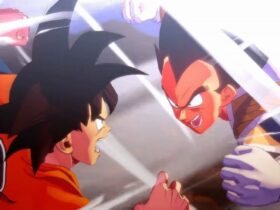 Losing weight and feeling good in our own skin have been on the New Year’s Resolution list for many of us. As much as some of us want to lose weight and try several diets and physical activities, sometimes we sabotage ourselves by not getting enough sleep. Studies have shown that getting a good night’s sleep is crucial for regulation our cortisol levels and improving our metabolism.

How much should we sleep at night?

At least eight hours of sleep is needed, and even more sleep is recommended to avoid the risk of over snaking and becoming a cranky and moody person. It is known that lack of sleep is associated with weight gaining.

A study on eleven healthy volunteers determined that those who sleep less also snack more. Although all participants had similar meal intakes, those who slept less than eight hours tended snacks. This happens because the cortisol lever lint he body increases due to lack of sleep, and gut microbes are affected. Our metabolism works slower, and we snack more.

According to another study from the U.K, people who do not make nighttime sleeping a priority and only rest for 5 hours or less tend to eat 385 more calories than those who rest between 7 to 12 hours. It makes more sense since they have more time to snack.

What can you do to sleep more during the night?

Our lives are hectic and full of tasks; however, it might be best to slow down and make nighttime sleeping a priority. If you nap during the day and then have a hard time sleeping for more than 6 hours during the night, it might be high time your quit your daytime napping. Another way of inducing sleep is drinking herbal tea and relaxing by reading a book or staying away from the screen.