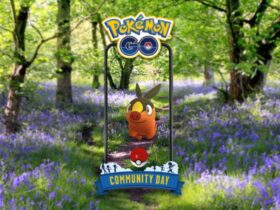 The first beta version of Android 12 was released back in May, but new content is awaited for Google’s latest version of the mobile operating system. If you’re in love with emojis as many people, the tech giant from Mountain View has some great news for you!

According to xda-developers.com and a blog post by Google, almost 1,000 emojis have been improved by the tech giant in order to become more accessible, authentic, and universal. There are also some new emojis left to uncover by the users!

Supporting the Appcompat library is enough

Google says that all of the apps supporting the Appcompat library will receive the latest emojis automatically. It doesn’t even matter how old a phone is — if it runs Android 12, the latest emojis will arrive for apps using Appcompat. But even in the case that Android 12 is not yet installed on your device, your Appcompat-supporting apps will still get the update for running those emojis!

Android 12 was announced on February 2021 in an Android blog. A developer preview was immediately made available, having two additional ones planned for the following two months. Four monthly beta releases had been planned afterwards, beginning in May. The last of them have reached platform stability in August, while general availability came shortly after that event.

Updates with the new emojis for Android 12 will arrive for Gmail and Google Chat later this month, meaning that you’ll only have a maximum of two weeks to wait.

What do you think about the addition and update of emojis? Let us know in a comment below, and please tell us how useful you find emojis in general. Not everyone likes using them, and we would be delighted to see your own point of view on the matter!