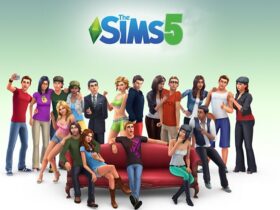 The Sims Sessions A Demo Of Live Events In The Upcoming Sims 5?

Deforestation and climate change shaped the Amazon rainforest’s future, turning it into a massive CO2 sink. A large part of the forest is now emitting more CO2 than it absorbs, as per a new report.

The worst thing is that we can’t do much to stop this threat. Soon, the Amazon basin will turn into one of the biggest enemies, Earth has witnessed.

The Amazon Rainforest is Failing Us

The Amazon basin comprises approximately half of Earth’s tropical rainforests, which are very effective at absorbing and storing carbon.

If the basin, including 450 billion tonnes of CO2 stored in its soil and trees, were to become a steady source rather than a sink of CO2, we would finally manage the climate crisis better. But, as reality strikes, we learn that things are never that easy.

There are already too many factors that affected the eastern Amazon, and we can do nothing about it.

To understand the situation better, a team of researchers led by Luciana Gatti from the National Insitute for Space Research in Sao Jose dos Campos in Brazil, came up with quite the method.

The team collected about 600 CO2 and carbon monoxide samples, from 2010 to 2018, using a smart aircraft, at elevations of 4.5 kilometers above the Amazon rainforest’s floor.

What they found is genuinely intriguing:

According to a previous study, the Brazilian Amazon emitted about 20Â % more CO2 over the last 10 years than it absorbed from 2010 to 2019. And that’s not all.

The terror doesn’t stop here. The Amazon rainforest is only one of a dozen tipping points in the climate system.

For example, the Siberian permafrost is full of methane and CO2, the coral reef ecosystems are wrecked, the ice sheets atop Greenland and the West Antarctic are in danger, monsoon rains occur in South Asia, and much more. All these things are now closer to a point-of-no-return and capable of altering the world as we know it.