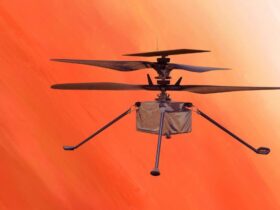 Vivo is getting ready to welcome a new flagship smartphone series called Vivo S10 this summer. The next premium lineup is now believed to offer the Vivo S10 Pro in addition to the vanilla version.

Thanks to fresh reports, most of the Vivo S10 5G features and specs are now unveiled, including the display details and camera, so we know what to expect. The next smartphone has also been spotted on the Google Play Console database, where more features have been confirmed.

Vivo S10 5G Specs and Features: What to Expect

The alleged Vivo S10 5G has been now listed at the Google Play Console with the model number PD2121.

According to the database, the new smartphone series will feature some mighty specs.

The Vivo S10 5G will flaunt a 1080×2400 pixels FHD+ panel with 480PPI pixel density and 90Hz refresh rate. Details about the display screen or type are still unknown.

The onboard storage is still unknown, but we should expect MicroSD card support.

Coming to camera capabilities, the Vivo S10 5G will house a 64MP primary lens with decent other camera features. Upfront, a camera of 44MP is tipped.

The Vivo S10 Pro version will likely pack a bigger 108MP primary camera and a similar selfie camera as the standard model.

Until Vivo releases more information about the new Vivo S10 5G series, it is better to take everything with a pinch of salt!