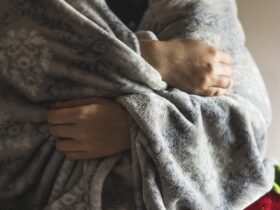 Nintendo is working on one of its most important moments of the Switch era. The following few months will grant fans some of the most greatly-anticipated Nintendo titles in a long while, on top of some surprise releases that may define where the company goes in the future.

Pokemon Legends: Arceus is one such title that surprised the community when it was announced a few months ago, especially thanks to its Breath of the Wild inspiration.

Though there haven’t been any significant updates on the title since the first trailer, it is rapidly turning into one of the most hyped Nintendo games of the year.

Pokemon Legends: Arceus appears to suggest that the franchise may be heading in a different direction according to the title alone.

The title suggests that there is a chance that we will see a whole new subfranchise of Pokemon games spawn.

It would likely be a big move for Game Freak, Nintendo, and the Pokemon Company, but it may also forever change the Pokemon franchise as we all know it.

The game has such an immense potential that we would be surprised if it would not spawn its custom subfranchise.

A considerable part of the groundwork is already laid.

Analyzing the title’s name suggests that the game will focus on the legendary Pokemon more than other previous titles did, possibly showing a significant part of the origins.

Though Arceus seems to be the game’s primary focus, the title also opens itself to another legendary Pokemon gathering the spotlight in possible sequels.

Some news suggested that Legends: Arceus will get players to fill out Sinnoh’s initial Pokedex, and the open fields in the first trailer revealed that civilization hasn’t spread to the entire region.