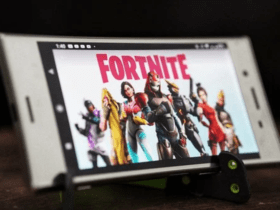 Pokemon Legends Arceus is coming to the gaming world in early 2022, and it marks another opportunity for the fans of the famous media franchise to get even more fun than before. New RPG elements will become available for the upcoming game, and wild Pokemon will be up for grabs.

Those who will be playing Pokemon Legends: Arceus will have to survey, catch, and research wild Pokemon in the long-gone era of the Sinnoh region. The final goal will be to complete the first Pokedex of the region, a well-known device that trainers use to document themselves about newfound pocket monsters.

Even though Pokemon Legends: Arceus will be exclusive for Nintendo Switch, we can hope that more platforms will receive compatibility in the near future. Until that moment, we are free to delight our eyes with the official trailer of the game:

We’ve had Pokemon remakes but what about… pre-makes? Welcome to Pokemon Legends Arceus with this official trailer, showing off an entirely new game releasing worldwide in early 2022 for the Nintendo Switch.

We can already be excited about the trailer, as Pokemon Legends Arceus will likely be one of the top Pokemon games. The trainer presented in the trailer is shown with three starter Pokemon that belong to a variety of regions. We have Cyndaquil from Johto, Rowlet from Alola, and Oshawott from Unova.

Nintendo Switch continues to receive a lot of love and support, and it is slowly becoming one of the top consoles available out there. About 80 million units of the Nintendo Switch console were sold since its launch in 2017.