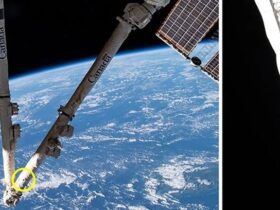 NASA’s Perseverance has finally landed on the Red Planet! The news came yesterday as the rover streaked gloriously through the orange Martian atmosphere and touched the planet’s ground.Â

That was just the first step and the riskiest one yet in a bold quest to search for rocks that could tell us if life ever existed on our planetary neighbor.

NASA developed Perseverance as the biggest and most advanced spacecraft ever launched by the space agency. Now, the rover is the ninth visitor of Mars.

Over the next two years, Perseverance will have to enable its 2-meter arm to scoop and grab rock samples with possible signs of life. The samples will be perfectly sealed and ready to be retrieved by a fetch rover, with the final destination: Earth.

Was there any life on Mars?

One of the biggest questions scientists ever had is, was there any life on Mars? NASA really wants to be the first to answer this question and offer a full report.Â

“Are we alone in this sort of vast cosmic desert, […], or is life much more common? Does it just emerge whenever and wherever the conditions are ripe?”

Perseverance has many tasks to do. It will have to convert small amounts of carbon dioxide in the atmosphere into oxygen. If everything goes well and the rover succeeds, that could help astronauts in the future to breathe and become a significant ingredient for rocket fuel. 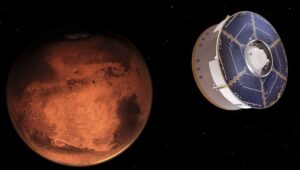 NASA teamed up with the ESA (the European Space Agency) to safely bring home the rocks collected by Perseverance.Â