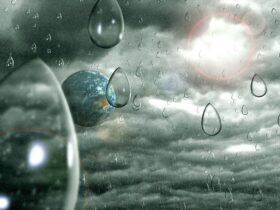 Purchasing a foldable phone in 2022 seems to be a pretty good deal, and this could only lead to a certain outcome. That outcome is represented by manufacturers burning the midnight oil to produce more gadgets of this kind.

It’s also the case for the huge brand Motorola, as the company is now preparing to bring the third generation of its foldable phones to the market. Motorola is also preparing to launch the Motorola Edge (2022) device, one that will likely be featuring the latest Dimensity processor, which is known as Dimensity 1050.

Therefore, there’s pretty much no reason to think that Motorola won’t take the rest of 2022 as seriously as possible when it comes to bringing powerful phones to the market.

GSMArena.com reveals that a usually reliable source indicates that Motorola’s upcoming Razr 3 model will be priced at €1,149 in the EU. Judging by the price alone, it’s confirmation that the new phone of the famous brand cannot be anything else but a flagship.

Motorola also released another Razr phone in 2019, as well as a Razr 5G model a year after. The design of the upcoming Razr 3 was shown in a recent tweet, and it’s obviously different from the one of its siblings.

GSMArena also revealed that Motorola itself confirmed the work on the next Razr phone. The device will feature a Snapdragon 8+ Gen 1 SoC chipset.

Plenty of foldable phones have been released in the recent past, and they’re generally received well by the customers. That’s a possible reason for manufacturers to burn the candle at both ends in trying to create more powerful foldable phones. One good example is the Samsung Galaxy Z Flip 3 phone, a gadget that features some pretty powerful specs: a Snapdragon 888 5G processor, 8GB of RAM, a battery of 3,300 mAh, and much more.

Are you happy about the upcoming arrival of the Motorola Razr 3? Feel free to leave us a comment!