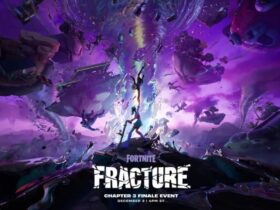 When is Fortnite Chapter 3 Season 4 Ending: the Countdown Has Started

Rockstar Games admits that a network intrusion caused a leak of over 90 gameplay videos for the long-awaited GTA 6. A third party gained access to confidential info from the studio, and Take-Two Interactive now says that it wants the incident to be isolated and contained.

The leaked videos confirmed some old rumors to be true: a location set in Vice City and the presence of a female character among the protagonists. Take-Two, the parent company of Rockstar, stated, as Windows Central quotes:

Rockstar Games recently experienced a network intrusion in which an unauthorized third party illegally accessed and downloaded confidential information from its systems, including early development footage for the next Grand Theft Auto,

Current Rockstar Games services are unaffected. We have already taken steps to isolate and contain this incident.

A Message from Rockstar Games pic.twitter.com/T4Wztu8RW8

As was expected, Take Two contacted the admins of the GTA Forums, where the gameplay footage of GTA 6 was first posted, and asked them to remove the content.

the admins of the GTA Forums where the GTA 6 leak was first posted say they have been contacted by Take Two to remove the content pic.twitter.com/Nei5iPvU9Y

Check out some of the main features that GTA 6 might have in the final product, based on the gameplay videos that were leaked:

A couple of GTA 6 leak updates:

– Take-Two has started to DMCA footage

I'll continue to update this as a thread as more information comes out. pic.twitter.com/vIymD1XGWv

It’s already been almost a decade since the previous GTA 5 was released. While it’s only a matter of time until GTA 6 comes out, all we can do is wait for official info to be revealed by Rockstar itself.