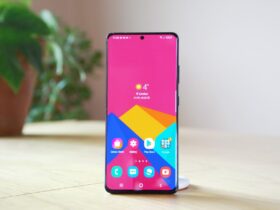 As part of its incredible efforts to establish a regular cycle of moon landings, NASA is looking for concepts for developing and demonstrating lunar landers.

Therefore, the space agency is getting ready to launch Artemis missions to send people again to the Moon. Such a thing encompasses the long-term scientific study and discovery and the landing of the first woman and first person of color on our planetary neighbor.

Read out below for all the intriguing details!

The space agency is looking for a new astronaut to send to the Moon. So for that, the agency has previously laid up the specifications for businesses interested in creating and displaying astronaut lunar landers following the Human Landing System Sustaining Lunar Development request. Quite impressive, isn’t it?!

Work done under this solicitation, in addition to current lander development and studies taking place, will help build the foundation for long-term deep space exploration.

Companies will need one crewed and one uncrewed lunar landing demonstration to be chosen for this contract. Any lander system that satisfies NASA’s standards will be approved before the crewed demonstration flight.

By November 15, 2022, proposals for the creation and demonstration of a sustainable lunar lander must be submitted.

A number of new scientific instruments and technological demonstrations have been sent to the Moon already as part of NASA’s Artemis mission, along with the first woman and person of color to set foot there.

So, get ready for the next significant step, which is sending people on a trip to Mars, where they will make use of their Artemis experiences and technology.

Both a crewed and an uncrewed lunar landing demonstration are part of the Artemis III mission, which is covered by NASA’s current contract with SpaceX. The mission will be the first time in over 50 years that humans have visited the Moon!