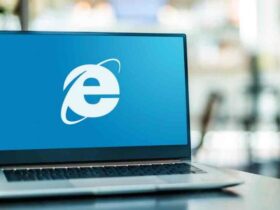 Internet Explorer Will Live On As A Microsoft Edge Mode

Oppo has a new interesting phone in store for the world: the A58 5G model, which will be officially unveiled next week. We already got our hands on some information regarding the specs of the upcoming device, which is why we’ve already compared it to devices such as Xiaomi Redmi Note 12 Pro+, the upcoming Tesla Phone Pi, and more.

But it’s time to compare Oppo’s upcoming device with one of its own sizes. No offense intended, but the Oppo A58 5G is more like an entry-level or mid-range smartphone. The specs don’t disappoint, but they are pretty far from making you the coolest guy or girl from a party where people are comparing their phones.

Back in April last year, Oppo released another interesting phone that can be placed in the ‘mid-range’ or ‘entry-level’ section: the Oppo A54 5G. It’s a device that has a few top features while it also comes at a relatively low price.

Let’s see how well the upcoming Oppo A58 5G would stand against the Oppo A54 5G:

Oppo A58 5G will be equipped with an IPS LCD display of 6.56 inches and a resolution that reaches HD+. The refresh rate reaches only 90Hz.

The ‘younger sibling,’ on the other hand, meaning the Oppo A54 5G model, features an IPS LCD display that measures 6.5 inches, a 1080×2400 pixels resolution, and a refresh rate that also hits 90Hz.

It’s clear that there’s no clear winner when it comes to the display area, although you might want the Oppo A54 5G model simply because it has a bit larger display.

Oppo A58 5G will be powered by a Dimensity 700 chipset built by MediaTek. In Geekbench 5, this chipset can score 567 points in single-core and 1733 in multi-core.

Therefore, the A58 5G model has a better score.

For the moment, we only know the drill regarding the main camera of the Oppo A58 5G: it’s a dual camera setup that consists of a wide sensor of 50MP and a depth sensor of 2MP.

Looking at the main camera setup of the older A54 5G model, we realize that it’s also not to be neglected. The setup consists of four sensors. The phone is equipped with a wide 48MP snapper, an ultrawide 8MP snapper, a macro sensor of 2MP, and also a depth sensor of 2MP.

Oppo A54 seems to have slightly better cameras.

If your will is to purchase the A54 model, instead, you’ll need to spend significantly more: around $425.

Oppo A58 is a bit better than the A54 model of last year, so it’s clear which phone you should buy if you want the superior one. Furthermore, Oppo A54 is significantly more expensive than the Oppo A58.

However, Oppo A54 5G has slightly better cameras, and we all know how important that criterion is for a smartphone. This means that you might consider purchasing the 2021 model instead of the upcoming Oppo A58 if the differences regarding the cameras are important enough for you.

Ultimately, it all depends on what each person needs and wants from a smartphone, but both Oppo A58 and A54 are good options for those looking for affordable and quite decent devices.

Keep in mind to take the information regarding the specs and price of the Oppo A58 5G with a grain of salt!

Feel free to also check out the review for the Oppo A54 5G!