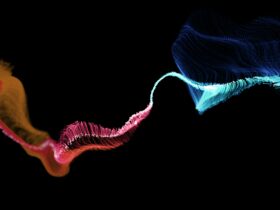 The Metaverse – How You Can Create Your Custom Virtual World

Oppo has proved to bring some fairly decent phones in recent years, even when it comes to low-budget gadgets. Let’s face it: there are plenty of people out there who are not interested in buying the latest iPhone or Samsung models when they’re looking for a new smartphone. That doesn’t mean that they are necessarily novices or less interested in technology in general. It can just mean that they have different priorities than having a powerful phone in their pocket.

People can live even without a lot of megapixels on their cameras or a light-speed fast processor. You can also scroll through social media, navigate the internet smoothly, and play some decently-looking games even if you have a low-budget phone.

Today, I’m glad to write a review about Oppo A54 5G, a smartphone model that came out in April 2021 and that has conquered my heart pretty fast. I bought one for myself last year, and I can say that the product has met my expectations. Also, I will still consider using it at least until 2023. Those expectations weren’t too high, however, considering the price of the gadget of about 200 bucks.

The battery is obviously an important factor nowadays, as nobody likes to carry around their charger and have to look for a socket each time they leave the house for a few days. One of the highlights of the Oppo A54 5G is its Mega Battery of 5,000mAh. It has managed to assure me almost three days (2 days and 21 hours, to be more precise) with a single charge and under light to moderate usage. The phone’s screen has been activated for 8 hours during this time. That’s pretty impressive for a low-budget phone.

I ran a Geekbench 5 test about two weeks ago for my Oppo A54 5G. It scored a 517 rating in single-core and 1538 for multi-core. It’s certainly far from the top-rated phones on the market, but it’s still a decent score for its price and specs.

The CPU is an octa-core, and the chipset is a Qualcomm SM4350 Snapdragon 480 5G (8 nm). Yes, you also get 5G connectivity for this phone, which is not bad at all. The processor will do a pretty good job, although the phone does begin to stutter and lag from time to time. But if you’re not too pretentious, you won’t be bothered by it.

Overall, you’ll get to use the apps and swipe between them pretty smoothly, and the same thing is available when you’re browsing the internet. This is also possible due to the 4GB of RAM that accompanies the processor.

I’ve been playing highly demanding games on my Oppo A54 5G, such as Call of Duty Mobile and Asphalt 9. The phone was able to run them both without making my experience an uncomfortable one.

If you need the phone to run smoother, you can also drop the screen refresh rate from 90Hz to 60Hz. This will obviously cause a noticeable decrease in the visual quality, but it will give you some extra speed instead.

Big cameras, but not spectacular

The Oppo A54 5G phone packs a 48MP AI Quad wide camera on the rear and a 16MB selfie camera on the front. For the main setup, there’s also an 8MP ultrawide camera, a 2MP macro sensor, as well as a 2MP depth sensor. I can’t complain too much about these cameras – but although they pack lots of megapixels, I have to say that they’re not spectacular, either. The quality of the photos is not too impressive. But again, you can’t expect too much from a phone that’s priced at only $200.

The video recording capabilities are just decent for a budget phone in 2022: both front and rear cameras can record Full HD videos at 30fps.

Certainly, nobody can complain about the size of Oppo A54 5G’s display, as it measures 6.5 inches. It’s an IPS LCD type of 480 nits and a refresh rate set by default at 90Hz. While it can’t go any higher, you may find it useful to decrease that refresh rate to 60Hz. However, the colors look bright and beautiful, although there are certainly better displays on the market. The resolution is 1080 x 2400 pixels.

The phone comes equipped with Android 11 out of the box, and mine has already gotten its Android 12 update without having too much to wait for the rollout. The device also comes in two storage versions: 64GB and 128GB. If you get the 64GB version as I did and you realize that it’s not enough, don’t worry! You can always expand that memory by adding a microSDXC card.

Oppo A54 5G is also sporting features such as Fingerprint (side-mounted), accelerometer, gyro, proximity, and compass.

The phone is also great in the case of those who want to use two phone numbers at once. You can get the Dual SIM version or also opt for the Single SIM version if that’s what you want.

While the Oppo A54 5G version from the featured image of the article is in the Fantastic Purple color, I got mine in a beautiful Fluid Black version. There’s also a third color available: Space Silver.

In the end, I recommend Oppo A54 5G for those who only need the basics of a smartphone in 2022. At its price of about 200 dollars, I find the product very satisfying. It’s still an entry-level device that can be used mainly for browsing and social media, and less for activities such as taking photos, vlogging, and gaming. However, it can perform decently in those latter activities as well.