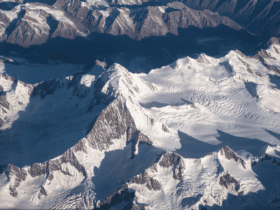 Interstellar space is one of the most intriguing subjects for astronomers. We still know little about what lies there or beyond it. However, bits of interstellar space reached our Solar System.

With that in mind, NASA decided to develop a new mission to study light from interstellar particles that have ended up in our Solar System. New details are now available, and a rocket launch is scheduled for April 19.

SHIELDS Gets Ready For a Big Adventure

The space agency has the main goal of exploring the light from interstellar particles that reached our Solar System.

SHIELDS is a specially developed telescope that will be aboard a sounding rocket. NASA engineers designed it to precisely measure light from a unique population of hydrogen atoms from interstellar space.

According to scientists, the atoms are neutral and have a balanced number of electrons and protons. This type of atoms is also capable of crossing magnetic field lines. That way, they’ll be able to dribble through the heliopause and reach our Solar System almost unfazed.

As previously mentioned, SHIELDS can reach a peak altitude of approximately 300 kilometres (186 miles) from the ground. Pointing the telescope towards the heliosphere, it will be able to track the light from hydrogen atoms.

That process will also measure how that light’s wavelengths moves or flows, unveiling the particles’ velocity. Finally, SHIELDS will have to create a map to display the varying density and shape of matter at the heliopause.

Walt Harris is a space psychist at the University of Arizona in Tucson. He states:

“There’s a lot of uncertainty about the fine structure of the interstellar medium…; […] we’re just trying to understand our place in the galaxy…”