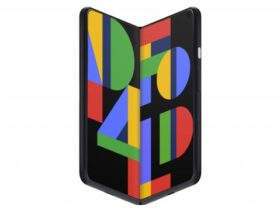 Realme is gearing up to introduce a new Q lineup smartphone soon dubbed Realme Q3 5G. The rumour mill has created quite the buzz recently, and now we have enough details about the new handset.

The company has already announced the Realme Q3 via Weibo. However, as exciting as this news is, we didn’t get any clues on the hardware or other specs. More details came from a new leak that surfaced over the Internet.

Thanks to MyDrivers, we get a glimpse of what the upcoming Realme Q3 5G might pack. As per a new leak, the phone will arrive in the budget-friendly segment featuring some high-end specs.

The Realme Q3 5G is expected to sport an AMOLED or LCD panel featuring a 120Hz display rate. The panel might also flaunt a sleek punch-hole cutout for the selfie camera.

If such details turn out to be accurate, the new Realme Q3 5G might arrive as one of the best phone deals from Realme lately.

Under the hood, the smartphone will draw its power from the MediaTek Dimensity 1100 SoC coupled with a decent RAM and onboard storage configuration.

Previous reports claimed a similar processor. Unfortunately, we don’t have any information about the RAM configurations, but we should expect more details soon. 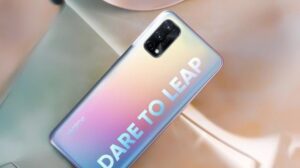 Coming to camera capabilities, the new Realme phone is said to house a quad-lens camera setup at the rear, including some mighty lenses.

A battery of 4,500mAh with 65W fast charging support is expected to keep the lights on for several hours.

According to the fresh leaks, the Realme Q3 5G is said to wear a price tag of around $300. This price is rumoured to be for the standard version.

Details about the phone’s availability are still scarce. Realme should reveal more information on the launch day.