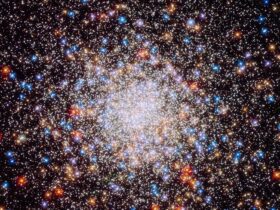 Apple may introduce the highly anticipated iPhone 13 in September 2021, and that can be safely predicted by taking a look at the launches of the iPhones from past generations.

The iPhone 12 and iPhone 12 Pro that was recently introduced was considered by many of us as the best smartphones of the years, and the future model may also be one of the best devices of this year!

The future iPhone will most likely continue with the same terminology as the current one – We will be introduced to the iPhone 13 Mini, 13 Pro and 13 Pro Max.

According to the latest rumours, the next generation of iPhones will feature 120Hz displays with an always-on feature. Though that is not revolutionary, as many Android phones had that feature for years, it is still lovely to see it introduced on the iPhone.

It is safe to say that the iPhone 13 lineup will most likely have bigger batteries and a thinner notch in terms of specifications.

Additionally, there is a (slight) chance that Apple will introduce a foldable iPhone with a 7.5 to 8-inchi display by 2023.

The patent for such a device was made last year, but there is no news regarding the subject at the moment, apart from the company mentioning that they are working on a prototype with an invisible hinge.

Apple introduced the iPhone 12 during their past Apple event of 2020, and the rumours regarding the 2021 lineup had already begun piling up by then.

The iPhone 12 lineup had smaller notches and neater batteries compared to its predecessor.

It is believed that two of the iPhone 13 Pro models will be using LTPO technologies for the 120Hz refresh rates, and all of them will be powered by Qualcomm’s Snapdragon X60 modem processor.