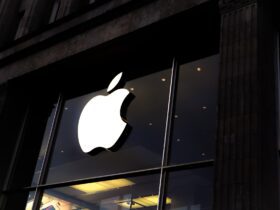 As we are nearing the release date of GTA 6 (which is still very far away though we don’t have a special launch day).

GTA has some very long-running jokes, and there is no reason why they wouldn’t be brought to the next instalment of the franchise

The game is rumoured to be launched between late 2022 and early 2023, and it is expected to be a console exclusive.

A character that may ake a return to the franchise is Cris Formage, though that information isn’t based on any leaks or reliable inside information.

Though he is a relatively recent addition, Formage was present in San Andreas, GTA V and GTA Online.

He was the Epsilon Program leader, and he played an insignificant role in each game, but with his long-running appearance rate, there is no reason to believe that he won’t be making a comeback.

For those hoping to see some gags being featured regarding the character in the next game, there may be bad news as the character actor, Fred Melamed, has confirmed that he isn’t currently working on the project.

The good news is that Melamed hopes that he will return, as he stated in an interview with Inverse earlier this year:

“When you work for Rockstar, it’s like making a big-budget feature film.

“It’s almost like working for Marvel. They have a massive studio in New York. And you sign NDAs, they go on for like, oh, like a Bible, they’re huge. And they swear you to secrecy. […] As to whether or not Cris Fromage will make another appearance, I don’t know, but I’m certainly game,” he added.