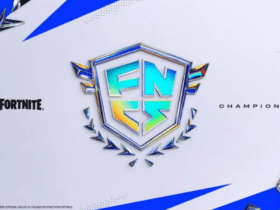 A juicy new rumour suggests that a new iPad Pro will be released this month, and we may be only a few days apart from that day.

The new generation is expected to bring an all-new display technology and Apple’s most powerful chipset to date.

However, TS Eliot called April “the cruellest month,” which is an arguable affirmation, especially if you are on the design team for the iPad mini. The same tipster claimed that the following iPad mini wouldn’t be launched this month at all.

The tipster’s The Waste Land talks about deep stuff, but it’s the most exciting reference to April in any poem’s opening line since Chaucer, so it is worth mentioning.

The tip comes from a so-called Uncle Pan, who claimed on Weibo that he’d been dreaming of the products Apple will introduce at the “April Conference” and that he thinks that the new iPad Pro will be revealed as scheduled.

Also, he mentioned that “the full-screen iPad mini is out of play” and that the AirPods will also receive an update.

That isn’t quite the same as mentioning that there will be no iPad mini this month.

Instead, it sounds more like claiming that a possible new model is like a facelift of the existing one, with a more prominent display that ditches the home button to make room for Touch ID embedded in the power button (like on the newest iPad Air) or Face ID.

In either case, it sounds like the iPad Pro will be the main attraction of this month’s unveil if it will indeed happen.

You should take that information with a grain of salt, as Apple officially confirmed nothing. Stay tuned for more updates!