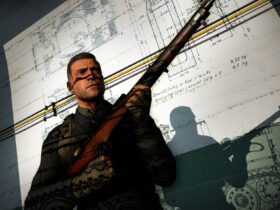 The Dragon Ball legacy will never perish, and the latest related game released by Team Z2 proves it very well. Those who want a decent alternative to Dragon Ball FighterZ or Dragon Ball Z: Kakarot will be delighted while playing Hyper Dragon Ball Z, although we must say from the start that the latter is far from featuring high-end graphics.

If you’re the kind of gamer who doesn’t care too much about graphics and prefer a ton of action instead, Hyper Dragon Ball Z is for you. The game brings all major characters from Dragon Ball Z and Super, including their signature moves – Kamehameha, Final Flash, Special Beam Cannon, Destructo Disc, you name it. You’ll also find characters that are less important in the Dragon Ball universe, such as Mr. Satan, Pilaf, or the farmer with the shotgun.

Built on the Mugen engine

The game’s developers consider that the golden age of Dragon Ball games wasn’t during games like FighterZ that posses high graphics. Hyper DBZ is built on the age-old Mugen engine, and it perfectly reminds us all about the era of the 16-bit consoles:

The game has been through some changes over the last months, as the developers added more and more fighters to the roster. Whether you’re a fan of power-ups, combos, counters, or special moves, this game has them all. Besides fighting, you can also train your favorite character to get stronger together!

Hyper Dragon Ball Z is the game many of us waited for, and it gives Mr. Satan one more chance to prove that he is a good fighter. You can even get him to stand toe to toe with Super Saiyan Blue Goku or Vegeta and actually have a chance of winning, although we probably would never see it happening in the animes.