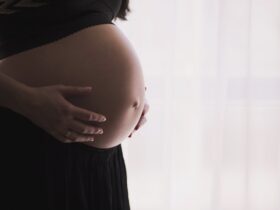 There’s no wonder how 3.8 million units of the PlayStation 5 console were sold worldwide already. Sony created a far superior machine compared to any of its previous ones – PS5 has haptic controllers, support for 8K resolutions, ray tracing, and more.

Comicbook.comÂ brings the news that Sony Rewards has announced the availability of a limited number of PS5 consoles. This means Sony’s first PS5 restock of 2021.

The official Sony Rewards account for Twitter doesn’t reveal additional details, which means that keeping an eye on the latest news is a great idea.

A limited number of PS5 consoles will be available tomorrow. Stay tuned & we'll let you know when they are live on the site. You might want to turn on post notifications. ðŸ‘€âš¡ï¸ pic.twitter.com/ek25thJ3QN

The PS5 price revolves around $499 (Â£449 / AU$749.95), meaning the same cost as the one for Xbox Series X. Getting your hands on a PS5 is certainly worth it, as the console also features backward compatibility for the majority of games available on the previous PS4 machine. PS5 also has several exclusive games, with the most resounding being Gran Turismo 7, God of War: Ragnarok, and Ratchet and Clank: Rift Apart.

The list of specifications for PS5 speaks for itself:

One of the most anticipated games to be running on PS5 and other platforms in the future is Sniper Elite 5, and the release date should be announced anytime now. Most rumors point to a 2021 release, and we can even expect the game to be a PS5 exclusive.