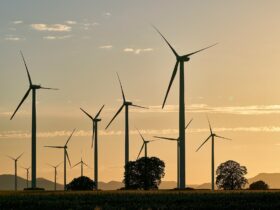 According to the latest NOAA research, 2020 is now the second-hottest year on record, surpassing 2016.

Last year was the 44th consecutive year with ocean and global temperatures over the previous century average.

The NOAA scientists are not the only ones that realized several observations and measurements.

NASA scientists made similar observations, stating that 2020 shares the first place as the hottest year with 2016. And the United Kingdom Office has determined 2020 as the second-warmest year on record. 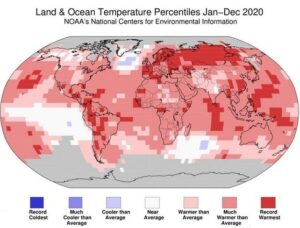 Last year had also brought more cyclones than ever. NOAA recorded 103 cyclones around the world.

Unexpectedly, the North Atlantic had highly influenced the global accumulated cyclone energy (ACE) by approximately 30 %. Such a result is actually twice than its usual involvement.

Moving to oceans, they were very warm, reaching a temperature of 0.76 degrees C (1.37 degrees F), which is the third-highest on record. The most affected parts were the Pacific, Atlantic, and Indian oceans.

Furthermore, December was the most alarming period. NOAA recorded the average temperature over global land and oceans, and the results were very concerning. A temperature of 0.78 degrees C (1.40 degrees F) was recorded.

According to previous observations, last month was the eighth-warmest in the 1880-2020 record.

Finally, NOAA released a statement about the Northern Hemisphere, too, highlighting the same overall negative situation. The results include the average snow cover of the hemisphere was 9.31 million square miles, making it the fourth-smallest in the 1967-2020 record.

The first observations of 2021 should be available in the coming months. Scientists are usually releasing a series of forecasts and comparisons.